The TMB max and Discovery team are celebrating the 90th anniversary of the Barcelona Metro.

They are organising a marathon 10 km long in the underground installations of the Barcelona Metro routes.
This event, called Discovery UNDERGROUND BARCELONA 2014 creates a pioneer experience in the world which is limited to 300 participants only.
It will take place in the dawn between 28th and Friday 29th of August 2014.
This is the second time that this event will be organized. Participate and be one of the protagonists!

More than 250,000 people participated in the Pride Barcelona 2014 events. There was a total spent of about 20 million euros in the city by everybody who came to Barcelona during that week.

Renown performing artists such as Whigfiel, Lolita Jolie and more than 100 activities for all ages made up the program of events for the Pride Barcelona 2014 to commemorate LGBT Pride and claim the lesbian, gay, bisexual and transgender. Its point of highlight was the ‘Pride Parade‘.

The organization of LGBT Pride celebration involved more than 30 associations and, according to organizers, has become «the most important LGBT festive concentration around the Mediterranean, even more than the one in Marseille or Tel Aviv.» The coordinator of Pride Barcelona, ​​Joan As, stressed that «besides being a vindictive act picture, has an important economic factor that is good for the city and for diversification of tourism.»

La Cruilla Festival started over 10 years ago in Mataro. In 2008 it was moved to Barcelona and a couple of years ago it became a 3 day festival.

Every year bands from all over the world come to this festival.

Some useful information about the festival:

For more information about the festival visit their site

This is one of the most traditional culinary destinations in Barcelona.
If you like meat or if you are meat eater, you can´t miss this opportunity.
They offer a variety of tapas, pork, cheese, frankfurters, tortillas and delicious snacks.
Like its name, they offer also incredible sparkling wines and champagnes made in Catalonia.
One has a bar where all products shipped, do not have tables or waiters.
They have an exquisite theater botiga which offer products of the whole province.
It is an economical option to test the gastronomic tradition of Catalonia and it is located in Barceloneta just next to the port Veil. Street Reina Cristina # 7 …….
Do not miss this funny and amazing experience.

For more information about their products check here 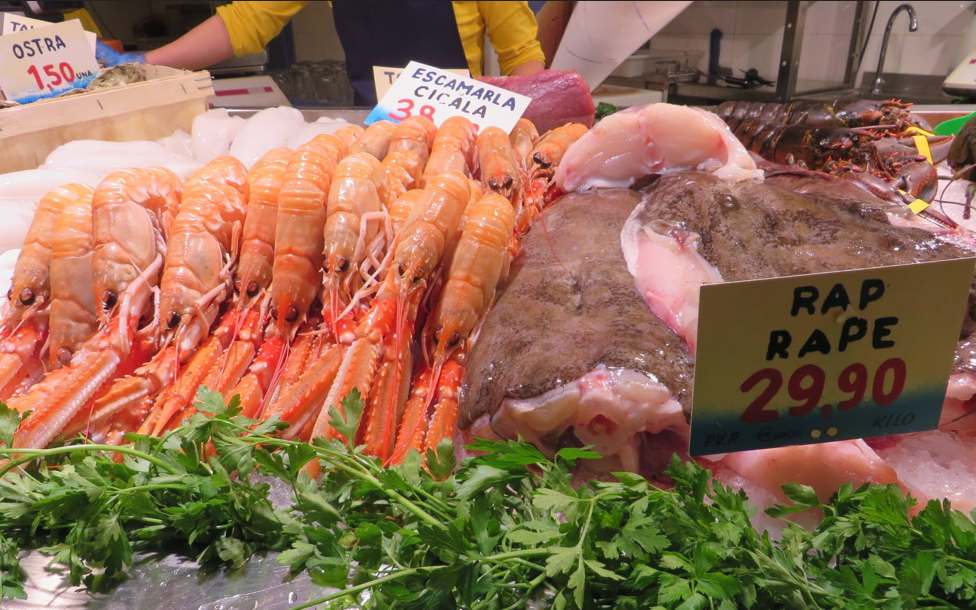 La Paradeta is a particular seafood self-service restaurant.
It’s a fun and inexpensive way to enjoy the great taste of Mediterranean seafood.
How does it work? You get to the restaurant, choose what you want to eat in front of a bar full of fresh seafood.
Then specify how you want it cooked. Then you order your drinks, pay the amount and they assigns you a table.
A few minutes later they’ ll call you to pick up your exquisite order. From then on, you just enjoy your amazing meal.
They have 5 restaurants in the city of Barcelona, located in Sants, Born, Meridiana, Sitges and Sagrada Familia.
For more info clic here.
Come to Paradeta and live this different and delicious gastronomic experience.

A couple of months ago Amistat Beach Hostel celebrated its one year anniversary party with a big party and loads of activities for its clients, friends and staff. We partied until sunset, did beach activities and gave out presents to all of guests.