Are you a Foodie? no matter if you are or not, you will enjoy and  love eating delicious tapas. Another way to discover the city and our culture.

Tapas is essentially a style of eating. It means sociability, friends and family. People of a like mind talking and drinking in a relaxed atmosphere while nibbling away on little bites of intense flavour.

These ‘little dishes’ will give you a tasty little mouthful of Barcelona. So sit back, take your time and enjoy your tapas to the full. There is no better way to sample the real essence of Spanish life and culture.

What is the origin of tapas? Why is it so popular? Why does it taste so good?

Enjoy as a local the experience of «tapeo«. Join our TAPAS EXPERIENCE tour during your stay in Amistat Beach Hostel Barcelona.

This tour will offer you an enjoyable and affordable way to visit some of the best tapas places in Barcelona with local Spanish guides and try various tapas! Your guide will share their passion for Spanish food and the secrets of Spanish gastronomy. The ticket price includes 1 free beer or wine and a selection of tapas for free at the 1st venue. The range of tapas will include classic patatas bravas, croquetas caseras, pan tomàquet, chorizo criollo & much more.

By the end of the night, you’ll have met some new friends from all over the world and enjoyed an unforgettable experience! Take advantage of our special discounted prices for drinks and tapas in all of the bars. The average price of a tapa is €2 each and a 0.33 liter beer costs €1 on average. This evening lasts about 2½ hours

Are you in? ask in reception! 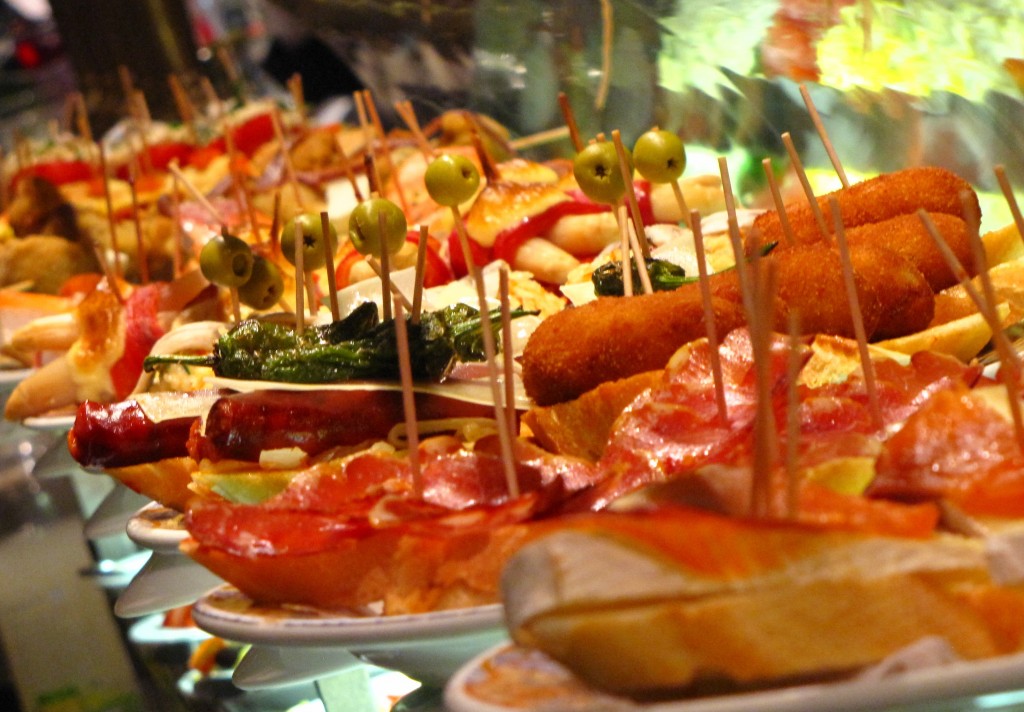 From February 12 to February 18 takes place this amazing celebration with loads of traditional activities and events, celebrations in theatres, markets, parties and fancy dress. Be part of Barcelona Carnival!

At 6pm it’s the Carnival Arrival. The parade, with troupes of ambassadors, musicians, jugglers and acrobats, starts in the Plaça de Sant Cugat and ends at the Born Centre Cultural and following the Fuegos de Carnaval fireworks show.

FRIDAY FEBRUARY 13
Friday brings el Baile del Rodokí At 7pm, in the Born Centre Cultural, it’s time for a  Masquerade dance, where those who want to participate will leave the choice of their dancing partner to chance via a pre-dance game.

SATURDAY FEBRUARY 14
Carnaval reaches all the city’s neighbourhoods on Saturday, thanks to the numerous pareades on in every district. Large floats, players, extravagant costumes, choreographed and starring people of the barrio, organisations and associations of Barcelona turn the city streets into a veritable party.

On Sunday takes place La Taronjada one of  the big events in Barcelona’s Carnival festival.

At 4.30pm, head to Plaza Comercial  the Popular Culture and Traditional Catalan Carnival Dances, where the music and dances bring out the most traditional and popular side of Carnival thanks to all the dances that are typical to various areas of Catalonia.

At 5.15pm don’t miss the Parade of the King of the Carnival. It starts off at the Mercat de Santa Caterina, and ends up in Plaza Comercial. Aside from His Majesty of Carnival, the parade will also feature the seven ambassadors from all the former independent towns now incorporated as part of Barcelona, horse-drawn carriages and a huge group of musicians, revellers in fancy dress carrying flags and all kinds of characters.

At 6.15pm the Battle of La Taronjada  in Plaza Comercial, it will be the field of this battle of orange balloons and confetti. Just afterwards you can participate in the collective flash mob in the same spot.

To round out the day, at 6.30pm it’s time for the traditional Masquerade Dance.

WEDNESDAY FEBRUARY 18
For ending a very traditional event, the Burial of the Sardine. In the Parc of the Ciutadella there will be a big party with music, concerts and cartoons for the little ones. It starts at 11am. It’s just a symbolic burial at the end of Carnival that represents the end of the past and the rebirth of society with new energy and life.

Make your stay in Barcelona diferent. Be part of our traditional celebrations. 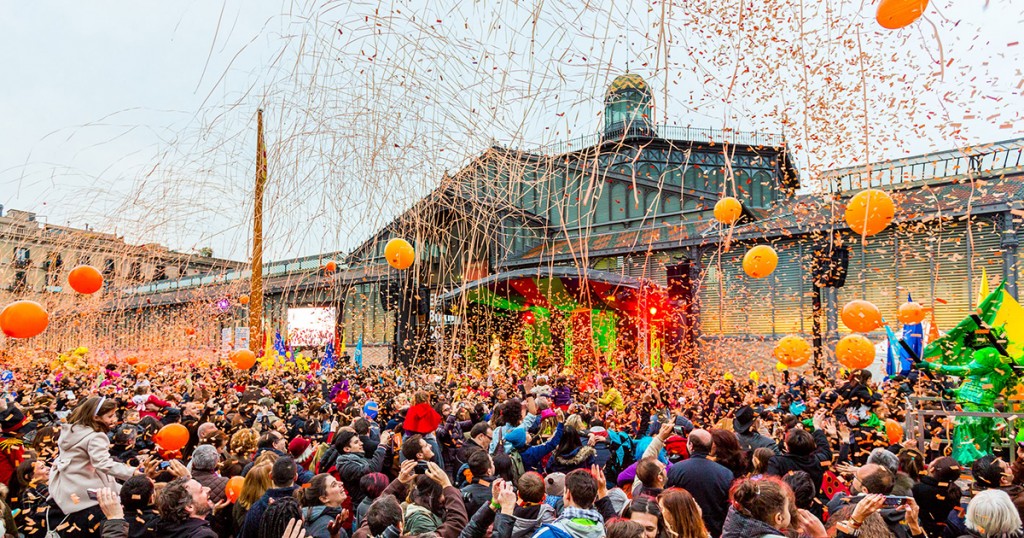 Would you like to be part of Amistat Beach Hostel Walking Team? 1st March in Barcelona will take place a charity walk organized by Sant Juan de Dios Hospital to raise funds for programs focus on the most vulnerable as hospitalized children, homeless, biomedical research…etc.

It is a noncompetitive walk, in which we participate by teams of 3 to 25 people. JOIN US! walk 10 km to help people. HAVE A NICE LOCAL EXPERIENCE! Be part of Amistat Beach Hostel TEAM!

We are not just a hostel in Barcelona, we are a hostel who involves their guests with local events and activities in order to offer differents and local amazing experiences.

We are glad to introduce you our latest video presentation! Your best choice for groups in Barcelona!